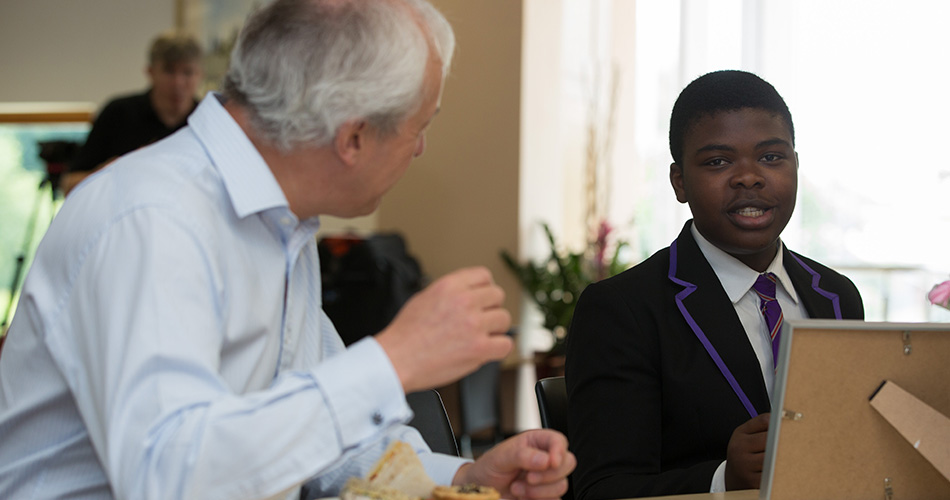 Photo: Ebenezer when he was in Year 9 at Leeds City Academy with the CEO of Northern Gas Networks.

Meet Ebenezer. He joined Leeds City Academy in September 2014 after relocating to the UK from Italy where he was born. Upon starting at the Academy Ebenezer spoke very little English but his hard work and determination is testament to the young man he is today.

Recently, Ebenezer returned to the Academy where he delivered an assembly to our current Year 11 students on the advantages of joining the National Citizen Service summer programme.

In Year 9 Ebenezer took part in the Northern Gas Networks ‘Outstanding Presenter Competition’ where he presented to the Chief Executive Officer and other senior members of NGN staff on ‘Carbon Monoxide Safety Awareness’.  This was an achievement in itself as Ebenezer was still new to English.

In Year 10 Ebenezer completed his work experience at ‘Angels of Youths’ who are a youth-led not for profit organisation based in Leeds.  Two years down the line, Ebenezer is now a Trustee of the organisation and carries out a number of voluntary projects, whilst continuing to study full time.  In Year 10/11 Ebenezer enrolled on the Leeds Beckett Junior Leadership Programme, which is an 18-month programme hosted by the widening participation team at the University and on completion Ebenezer achieved his Level 2 Award in Leadership.

In the summer of 2017, Ebenezer completed his GCSEs at the Academy and enrolled on the National Citizen Service Summer School, which is a three-phase adventure, discovery and social action programme.  He enjoyed the experience so much that he has undertaken training and is now an Associate Mentor and Ambassador for NCS; selected from a field of 3000 students in the Yorkshire Region. 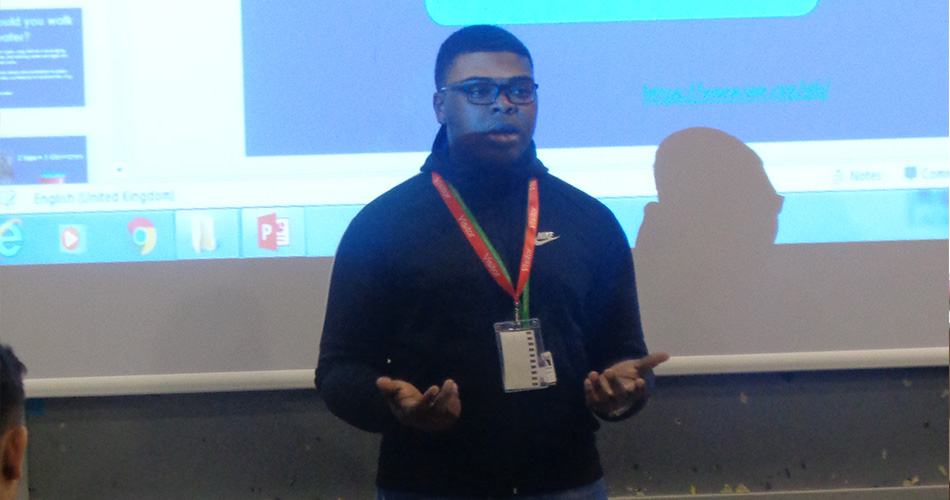 Ebenezer has always had a passion to join the public services to make a difference in our community and society in general.  This passion began when the fire brigade in Italy rescued him when a roof collapsed at his school. Now in Year 12,  Ebenezer now studies full time at Leeds City College where he is working towards his Level 2 Public Services qualification.  In September 2018, he will progress to a Level 3 programme where on completion his ambition is to join the anti-terrorist team with the police.

Good luck in the future Ebenezer; we look forward to welcoming you back to the Academy for more presentations and information on your achievements.